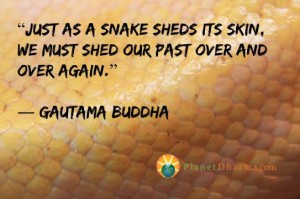 Ever since the introduction of rotary NiTi we have been sold on the benefits of greater tapered engine-driven shaping. It has reduced hand fatigue and created smooth conical shaping even in curved canals where the previous use of manual K-files alone often produced blockages, ledges and loss of length. The advantages of these engine-driven greater tapered systems are often increased speed in canal shaping and a look that we have been taught to believe is superior to the way canals were previously shaped. Yet, these innovations have not been shown to produce a higher success rate. Perhaps, the increased ease of use over K-files is enough justification.

That might be the case, were it not for the increasing amount of documented research clearly linking greater tapered rotary conical shaping with the production of dentinal defects and a weakening of the tooth’s resistance to vertical fracture an issue that those advocating minimal access and preparation are increasingly aware of. The goal of minimal access and reduced canal preparations is the preservation of more dentin. Yet, this approach plants the seeds of its own demise. It is a reasonable expectation that far smaller access openings will translate into missing more canals and the under preparation of canals in the bucco-lingual plane where the close proximity of axial walls will reduce the ability to remove the tissue residing in the buccal and lingual extensions of oval canals. Furthermore, research has correlated dentinal-microcracks to the use of rotating NiTi whether used in a continuous or interrupted rotary fashion. Reducing the occlusal access to the canals does not reduce the stresses imposed by these rotating instruments on the canal walls. Rather because less emphasis is placed on straight-line access and crown-down preparations, techniques resulting in the loss of more tooth structure, these instruments are likely to impose greater stresses on the canal walls along their entire length.

Under these circumstances, it is reasonable to expect a higher degree of dentinal micro-cracks along with an increased incidence of instrument separation. Canals are not going to be cleansed more thoroughly in the broader buccal and lingual planes with such limited access. Dentists are not going to become more confident that the rotary instruments they are employing will remain intact, further discouraging their use in the lateral spaces where the buccal and lingual extensions of tissue reside. The most positive thing that can be said about lesser tapered shaping will be the preservation of more dentin in the mesio-distal plane.

Yet this advantage can be gained without incurring the risks of instrument breakage, while thoroughly removing tissue in the buccal and lingual extensions. It is attainable by eliminating instruments that are used in full rotations whether continuous or interrupted. By switching to 30-45º reciprocation, torsional stress and cyclic fatigue the two factors leading to instrument separation are virtually eliminated. Where straight-line access and crown down preparations are necessary for the safe usage of rotary NiTi, neither is necessary for the safe and more thorough use of 30-45º reciprocating relieved reamers that are safely oscillating at 3000-4000 cycles per minute.

The consequences produce a cascading of favorable events.
1. Lesser tapered instruments, predominantly 02 tapered remove the pulp tissue in the mesio-distal plane simply because at their thinnest dimensions they are often initially wider than the original mesio-distal diameter of the canal. The result is a narrow preparation in the mesio-distal plane that is still wide enough to remove all the tissue in this dimension. Greater tapered preparations removing significantly more tissue mesio-distally, are not cleansing the canal better in this plane. They are, however, weakening the root.
2. With full confidence that the shaping instruments will remain intact, the thinnest instruments, 06 tipped 02 tapered stainless steel, can be used in the reciprocating hadpiece oscillating at 3000-4000 cycles per minute with vigor against the broader buccal and lingual dimensions of the canal. Each instrument in turn slightly widens the canal in the bucco-lingual plane for its full length allowing the entry of the next instrument in sequence to reach the apex with minimal resistance. In this manner, in the vast majority of cases, the canal is fully prepared in three planes (m-d, b-l, and o-a) in a short period of time with virtually no hand fatigue
3. The tooth benefits immensely because 30-45º reciprocation does not induce the dentinal defects produced by rotary NiTi. It also benefits because so much more dentin is remaining after three-dimensional shaping. The amount of tooth structure preserved along length is potentially far more than the amount of tooth structure preserved via minimal access that can so easily compromise the successful search and identification of canal orifices.

With this discussion as backdrop, I think it is important for us to realize that conical shaping is rarely a benefit to the tooth, that instrument separation need not ever be a concern if motion is confined to the short arcs produced by 30-45º reciprocation, that if we do away with rotation we are, in effect, doing away with the need for greater tapered shaping, that we are also doing away with the production of dentinal micro-cracks. It should be strikingly clear that the major debates about canal instrumentation have to do with the deleterious impact of rotary NiTi on the quantity and quality of the remaining tooth structure. That some key endodontists are now espousing minimal access and minimal preparations while still using rotary NiTi (more conservatively) is a testament to the inability to completely divorce oneself from destructive concepts that we have inculcated so completely. A whole generation of dentists have been taught the “benefits” of rotary NiTi with minimal if any discussion of the defects that are induced and the cost of removal of excess dentin that is a prerequisite for their “safe” use. That is rapidly changing and a movement to minimal access is an early attempt to mitigate its long term damages.